Founded in 1950, Merrychef was a pioneer in the application of microwave energy in catering and the first to produce a microwave-accelerated combination oven. The first Merrychef combination oven was produced in 1960. The original ‘Artica’ oven stood over 5’ 8” in height, weighed close to 500 pounds, and required more than two days for installation and start-up. Contrast that to today’s top selling Merrychef 400 series oven, designed for a countertop application, weighing less than 180 pounds – which can be in full service in less than one hour. The ‘Artica’, and model 605 that followed were the centre-piece of many famous London cafés and bars in the ‘Swinging Sixties’, including Joe Lyons Tea Bars and the infamous Tramp nightclub. They were also installed in large numbers in frigates and battleships built for The Royal Navy and the first diesel and electric trains run by British Rail. Forty-five years on, the World’s armed forces and most successful rail operators still use Merrychef ovens to power their galleys, but by far the largest users are fast casual restaurants, supermarkets, c-stores, contract caterers, hotels and fine dining outlets.

Using wind tunnel-type technology and advanced computer modeling, Merrychef and Enodis engineers optimized the flow of convection air within the cook chamber. This results in consistent, attractive product appearance and superior retention of moisture as compared to similar technologies. Merrychef and Enodis were issued patents on this exclusive air management system. 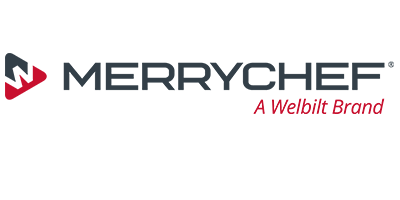 Antunes is an industry leader with foodservice equipment in more than 150 countries worldwide.

We use cookies on our website to give you the most relevant experience by remembering your preferences and repeat visits. By clicking “Accept”, you consent to the use of all the cookies.
Cookie settingsACCEPT
Manage consent

This website uses cookies to improve your experience while you navigate through the website. Out of these, the cookies that are categorized as necessary are stored on your browser as they are essential for the working of basic functionalities of the website. We also use third-party cookies that help us analyze and understand how you use this website. These cookies will be stored in your browser only with your consent. You also have the option to opt-out of these cookies. But opting out of some of these cookies may affect your browsing experience.
Necessary Always Enabled
Necessary cookies are absolutely essential for the website to function properly. These cookies ensure basic functionalities and security features of the website, anonymously.
Functional
Functional cookies help to perform certain functionalities like sharing the content of the website on social media platforms, collect feedbacks, and other third-party features.
Performance
Performance cookies are used to understand and analyze the key performance indexes of the website which helps in delivering a better user experience for the visitors.
Analytics
Analytical cookies are used to understand how visitors interact with the website. These cookies help provide information on metrics the number of visitors, bounce rate, traffic source, etc.
Advertisement
Advertisement cookies are used to provide visitors with relevant ads and marketing campaigns. These cookies track visitors across websites and collect information to provide customized ads.
Others
Other uncategorized cookies are those that are being analyzed and have not been classified into a category as yet.
SAVE & ACCEPT