The Redstone Group is pleased to announce today that Chris Folz will succeed George LeCavalier as Redstone’s President, as part of the company’s succession plan. 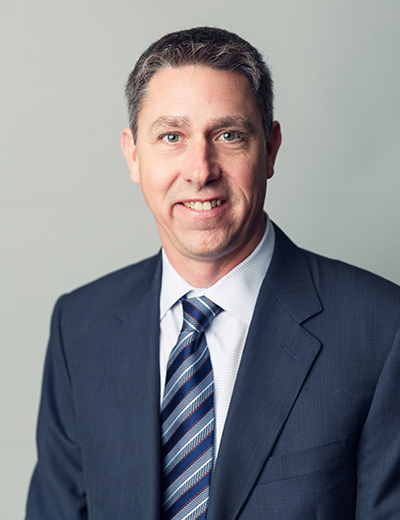 Folz, who has 23 years of experience in the foodservice industry, including the last nine as Vice President in charge of Sales at Redstone, will immediately assume the title as President, as he continues to take on greater responsibility and oversight within the company. Folz has held various leadership positions and board appointments within the industry, and has been recognized with a number of awards recognizing his leadership abilities and notable impact.

LeCavalier, who has served as Redstone Group President since 2004, will remain actively engaged in the company in his role as CEO, and guide the company into the future making the eventual succession smooth and seamless. “I couldn’t be more pleased to be handing the baton today to my friend and colleague,” said LeCavalier. “Chris has been a huge part of Redstone’s success, not only in leading impressive and consistent sales growth, but in helping create a culture here at Redstone that we are really proud of. As we have anticipated this transition, he has worked really hard and grown tremendously as a leader. Chris has always been a person that people want to be around. In the last few years he has honed those gifts and become a leader who people want to follow.”
Please join us in congratulating Chris by reaching out to him directly at ChrisF@theredstonegroup.net.

The Redstone Group is excited to announce the expansion of our incredible manufacturer lines with the addition of Fiero and Smoki® USA. Fiero is the global leader and supplier of authentic Italian wood-fired ovens, dough management, oven tools and gadgets for...

Redstone is Pleased to Announce Our Representation of Nemco Food Equipment

The Redstone Group is excited to announce the expansion of our incredible manufacturer lines with the addition of Nemco Food Equipment. Nemco offers a full range of countertop food preparation equipment that compliments our existing equipment offerings. Their...

Cook A+ Lunches with Cleveland!Save time and money with award winning equipment from Cleveland. These equipment promotions run through August 31, 2021, get ahead of the class before the fall with these incredible deals!Steamchef Boilerless Steamer Deals 3-Year...

We're excited to announce Krowne's new Quick Ship Program! Check out the flyer for details on next day shipping for certain products! Included in the program are some great items including: Self-Contained Back Bar Refrigeration Mug Frosters Bottle Coolers Underbar Ice...

Upgrade Your Experience With Our Live Chat!

We use cookies on our website to give you the most relevant experience by remembering your preferences and repeat visits. By clicking “Accept”, you consent to the use of all the cookies.
Cookie settingsACCEPT
Manage consent

This website uses cookies to improve your experience while you navigate through the website. Out of these, the cookies that are categorized as necessary are stored on your browser as they are essential for the working of basic functionalities of the website. We also use third-party cookies that help us analyze and understand how you use this website. These cookies will be stored in your browser only with your consent. You also have the option to opt-out of these cookies. But opting out of some of these cookies may affect your browsing experience.
Necessary Always Enabled
Necessary cookies are absolutely essential for the website to function properly. These cookies ensure basic functionalities and security features of the website, anonymously.
Functional
Functional cookies help to perform certain functionalities like sharing the content of the website on social media platforms, collect feedbacks, and other third-party features.
Performance
Performance cookies are used to understand and analyze the key performance indexes of the website which helps in delivering a better user experience for the visitors.
Analytics
Analytical cookies are used to understand how visitors interact with the website. These cookies help provide information on metrics the number of visitors, bounce rate, traffic source, etc.
Advertisement
Advertisement cookies are used to provide visitors with relevant ads and marketing campaigns. These cookies track visitors across websites and collect information to provide customized ads.
Others
Other uncategorized cookies are those that are being analyzed and have not been classified into a category as yet.
SAVE & ACCEPT